Fidexperta is the largest and the most well-known independent tax consulting company in Lithuania since 2008. 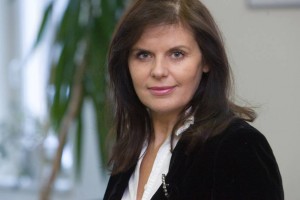 The founder of Fidexperta company is Rūta Bilkštytė who is a tax expert of the highest qualification working in the field since 1991 and who is the only person in Lithuania with a unique experience of holding managing positions in various branches of Tax Inspectorate and international audit and tax consulting company (in 1991-1999, she had worked as a senior inspector in Departments of Audit and Appeals of Vilnius State Tax Inspectorate and as a manager of Audit Department of the Central Tax Inspectorate; in 2000-2008, she had established the Tax Department of the international audit and consulting company Deloitte in Lithuania and had worked as its manager).

The expertise of Rūta Bilkštytė has been acknowledged by organisers of the largest business conferences who constantly invite her to read reports on tax issues.

In addition, she conducts seminars and trainings for various companies and state institutions and has helped in improving qualifications of the employees of State Tax Inspectorate in the fields of tax inspections and transfer pricing.

Fidexperta team only includes tax specialists of the highest qualification, most of which have completed a specialized tax legislation programme and are able to find modern solutions to emerging tax problems.

Each Fidexperta specialist is responsible for a specific tax area and consults on the application issues of such taxes. This work procedure ensures the possibility to follow continuously all changes and to be aware of all specific details of each tax.

The synergy of the team ensures that the tax consultations provided are of the highest quality and deepest perceptivity.